During the pandemic, I am taking taste-bud journeys as I self-isolate rather than physical journeys. Here is my adapted recipe for the third round for attempting to make successful Fruit Roll-ups. This time, I only used berries and applesauce. As always, I added a flavored water enhancer for a sweetener. I also added chia seeds for its gelling properties and for extra nourishment. It was inspired by watching the various YouTube tutorials including the one included at the end of this blog.
Conclusion: Third time is definitely not the charm! Lol! This is what I learned:
I dried them 6 hours on one side at 145 degrees Fahrenheit. I used the offset spatula to easily flip them over. They felt totally dry on the one side and a little dampish on the reverse side. So, I dried them one last hour. After cooling, I used a clean pair of scissors to cut each one into three long strips. I could tell right away that they were too brittle to roll correctly. Several of the strips broke into pieces, similar to peanut brittle, as I attempted to roll them.
So, the experiment is going to have to continue. I think if I had dried them only five hours on one side and one hour on the reverse side, they might have been pliant enough to roll.
OR
Perhaps the  mistake was still using too high of a temperature. The next time I make these yummy treats, I will dry them at 135 degrees Fahrenheit. If you recall, I have already tried drying them at 125 degrees and 165 degrees. 125 degrees was too low. 165 degrees was too high. I will also check them at four hours to see if I can flip them at that point.
Otherwise, I at least got the thickness level right. Also, using coconut oil to grease the silicone sheets was a smart move. Squaring them off on each side and not trying to spread them too thin was also a smart move. I simply need to take corrective actions on the drying temperature combined with the drying time.
In any case, these are still quite yummy. I will have zero problem eating them. It is just that the tenacious part of me wants to get this challenge resolved as I continue to polish my learning curve using my Cosori Dehydrator. 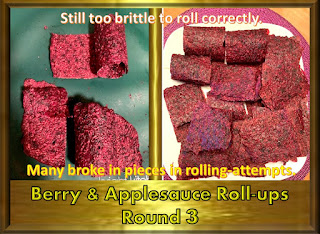 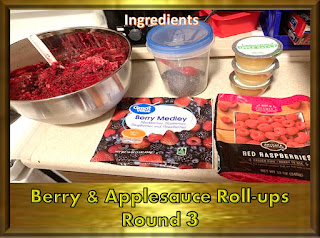 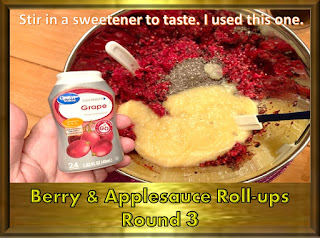 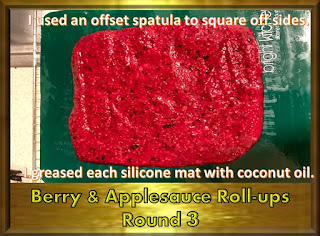 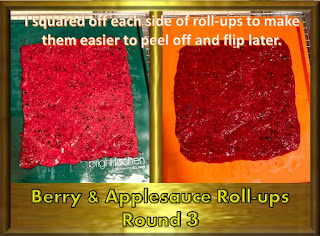 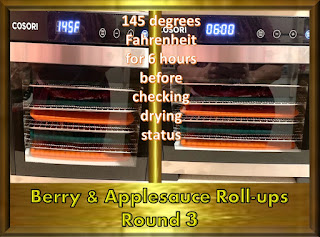 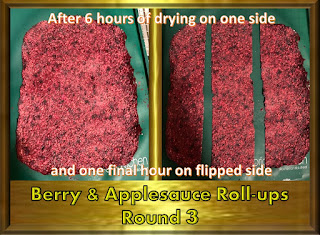 Here is a video tutorial for how to make applesauce fruit rollups in the oven. It is short and sweet. The chef dried hers for 6 to 8 hours in the oven at 170 degrees Fahrenheit.


In case you are interested in where I got these 'kitchen toys,' here are the links. They will all open in a new window. FYI - I don't get any special perks for posting these. This is simply listed for the convenience for people, like me, who adore kitchen gadgets and baking aids.

Posted by Debbie Dunn at 7:00 AM No comments:

During the pandemic, I am taking taste-bud journeys as I self-isolate rather than physical journeys. Here is my adapted recipe for making a Mixed Berries Cobbler. It was inspired by a recipe for peach cobbler shared with me by my second-oldest niece. I decided to get creative and try it out with a berry mixture that included strawberries, raspberries, and blackberries. Although I liked the results better when made with peaches, this still was pretty tasty - especially served with homemade vanilla ice cream. Yum! 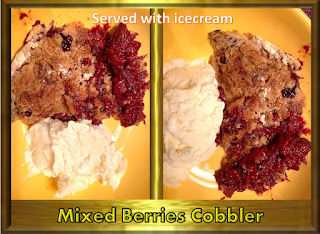 Recipe for making 9"x13" fruit medley cobbler [FYI - I made a reduced 7" round version of this.] 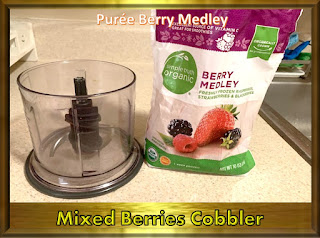 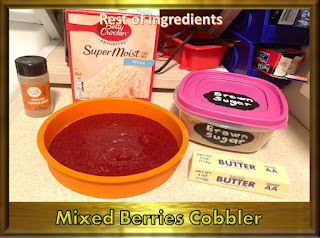 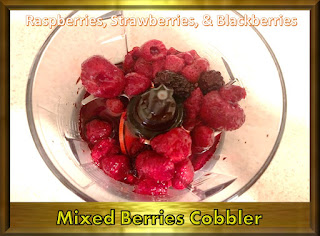 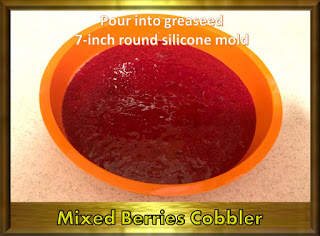 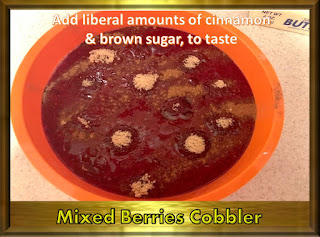 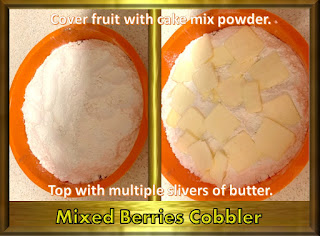 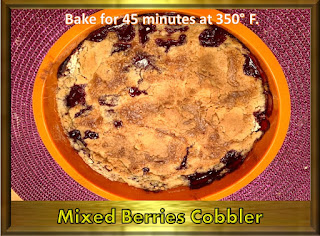 Here is my blog post for homemade vanilla ice cream that I ate along with a large helping of mixed berries shortcake. So, good!

Posted by Debbie Dunn at 7:00 AM No comments: