Cow's Tale about her Tail

If a cow could talk, what would it say? As a flight of fancy, here is what I imagined one of the cows might say who lived near my former home. 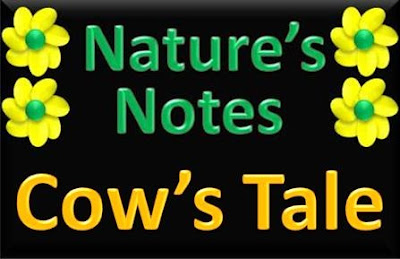 If a cow could actually talk, what do you think it would say?

Introduction: If a cow could talk, what do you think it would say?

As a flight of fancy, so to speak, here is one possible monologue that you might hear if you happened to converse with one of the white cows who lived practically next door back when my husband was still alive.

In case you’re wondering, we used to live in a log cabin out in the country. The little town we lived in was called Mosheim of Greene County, Tennessee. Mosheim was so small, it didn’t even have a red light.

We lived in a log cabin that had one house on either side of us (both vacant at the time), two houses quite a ways distant behind us, but nothing but fields in front of us. Those fields were always full of cows.

So back to my little flight of fancy of what a cow might say if it could actually talk.

This was something I wrote back in 2011. The pictures were of two of those cows. 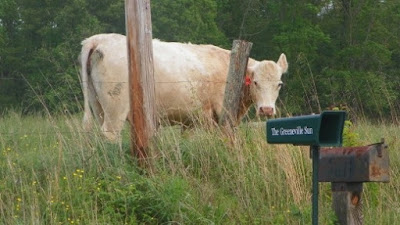 You may call me a white cow. My color matters not to me. It's just a matter of pigments. Of what use is pigment to a cow?

You humans love to label things like white man, black man, brown man, red man, and yellow man. Do you know how silly that sounds from my cow's perspective? It all boils down to pigments - like I said before. Each of you humans have different pigments that alter your skin color from light to dark. Other than that, all you humans are the same.

Some little kid described us cows as a large four-legged animal with hooves and a tail. There are a lot of four-legged animals out there with a tail - large and small. Granted, not all of them have hooves. So that is not what makes us unique.

Okay, that does makes us a bit more distinctive.

Almost every little kid is encouraged to answer the question, "What does a cow say?"

The kid proudly responds, "Moo!" The parent or grandparent or older sibling or preschool teacher applauds.

Guess what our response would be if you ever asked us cows this question: "What does a human say?"

Our response would be, "Blah! Blah! Blah!" No offense. But it just sounds like a bunch of nothing to our ears.

Another kid states, "We get our milk from a cow." That is certainly true of dairy-farm cows.

Another kid states, "This hamburger I'm eating was originally a cow." I'd rather not think about that. However, it certainly is true about some beef-farm cows. I certainly hope I'm not one of those.

What I really want to discuss is my tail. In fact, this is the tale of my glorious, very useful tail. 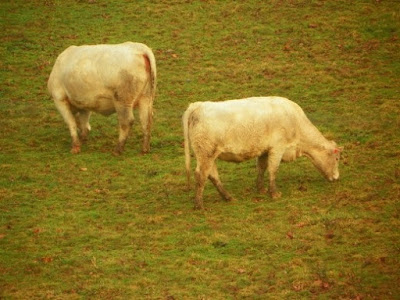 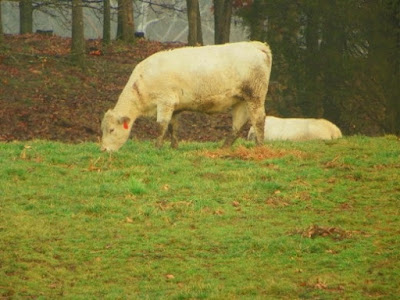 When I wave it, I can shoo away a fly.

When I'm hot, I can wave my tail to cool parts of me off.

When I'm cool, I can wave it in such a way to generate some heat and get my circulation moving.

If I see a particularly delectable patch of grass that I want all to myself, I use my tail to kind of throw the other cows off course. They see me pointing my tail in one direction and they gravitate that way, then I quickly hightail it for the food I want in another direction. Psyche! Smile! LOL! I learned that phrase from a kid who lives nearby.

Okay, I told a little tale earlier. I have selective hearing. I can klnd of understand what some humans say. It takes a lot of effort though. Mostly, I would rather relax and chew my cud in peace.

What is the moral of this monologue?

The point I want to make is that you need to make use of each of your body parts and treasure it. Make it work for you.

Did you notice how many uses I found for my tail?

Can you try to do the same? Maybe your arm hurts; however, can you still use it to wave or lift or shoo a fly away or hug? Celebrate that fact. Focus on the things that you CAN do rather than the things you can't do.

Don't bemoan your body shape or parts as not being good enough. That is being cruel and unjust. Celebrate you exactly as you are.

If you want to make a change, such as the goal of losing weight, do it gently and tactfully. 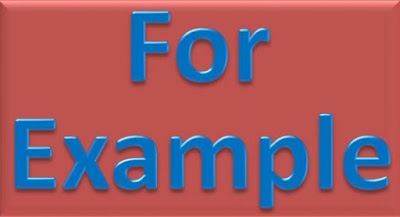 Then gently steer your body in the direction you want it to go.

You might say, "I've heard that we will be a lot healthier if we lose a bit of weight. I love you just the way you are; however, I want us to have a really long time to continue on together. So, how about we try to shed a few pounds which will increase our longevity? What do you say? Can we work together as a team, Body, to try to do that?"

Doesn't that sound a lot more diplomatic than saying, "Body, you are ugly! I'm going to try to lose the outer part of you as fast as I can."

And now, I'm ready to end my Cow's Tale of my Tail. I hope you liked it!