Some Fascinating Facts about Sargassum

Even Christopher Columbus saw Sargassum in the Atlantic Ocean. It is animal habitat to Sea Turtle youngsters, Sargassum Fish, and many other critters. 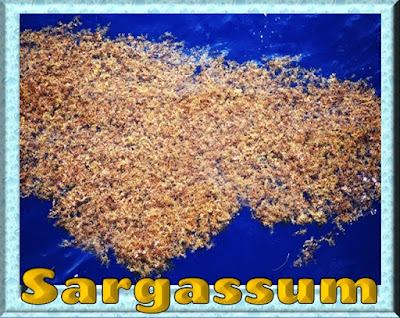 Upon returning home from my July 2018 Caribbean cruise, I spent a lot of time researching Sargassum. In addition to already knowing that Sargassum was an animal habitat to over 130 critters, I learned some fascinating facts.

One of the first things that stood out was that Christopher Columbus was one of the first people to document the presence of this plant. It was reported that, at first, when he and his sailors saw a huge clump of Sargassum all bunched together in the Atlantic Ocean, they thought they had spotted land. I'm certain that was entirely wishful thinking on his part. After all, after leaving the Canary Islands early in September of 1492, after making some necessary ship repairs to two of his three ships, they spent another six weeks trying to reach what they, at first, thought was India.

It was also reported that one of his three ships got becalmed in this clump of Sargassum when there was a period of no wind. That may or may not have been true. It was simply one report of many that I read. If it was true, it would make sense that the superstitious sailors would have found this particularly frightening and frustrating. In any case, it was said that this seaweed gave Columbus hope that he was getting closer to land.

There were also reports that Sargassum follows the currents of the Sargasso Sea in the middle of the Atlantic Ocean. There were also rumors that Sargassum was connected somehow to the Bermuda Triangle and the alleged disappearances that happened there, As a professional storyteller, I found this to be quite an intriguing thought.

For further reading, check out the two articles posted at the end this blog.

As for Sargassum being an animal habitat to over 130 critters, the first of two that fired my imagination the most was a critter called a Sargassum Fish or Sargassum Frog Fish. 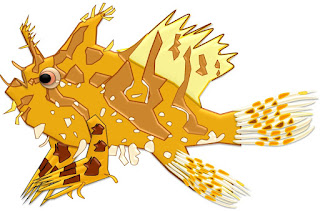 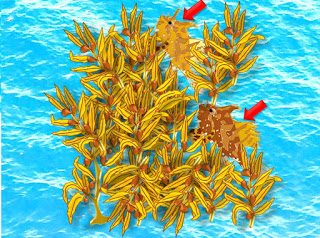 
The Sargassum Fish is a tiny critter who camouflages itself by looking almost exactly like Sargassum. It posts itself within that small island of seaweed. When a tiny fish swims by, it opens its mouth and swallows it whole.The two images you see above are what I created using PowerPoint and Paint plus an actual photo I took of the ocean. These are two of the many illustrations I utilized in my sea turtle children's book you can see posted in the sidebar.

The second and most important critter, as far as I was concerned, was the fact that sea turtle hatchlings hide out in a Sargassum raft for the first several years of its life. It was that fact alone that galvanized me the most.

Sometime between July 24th and August 7th of 2018, I woke up with the plot idea for a children's book about sea turtles. As I tried to research what I would need to write this book, I quickly realized that it was not enough to simply read about sea turtles. I needed to get up close and personal, so to speak.

So, I began making phone calls, writing emails, and studying maps. Beginning on September 3rd, Labor Day, I found myself on a plane to Florida to begin tracking down as much information and photo opportunities as I could.

Some Sources and Interesting Links