During the pandemic, I am taking taste-bud journeys as I self-isolate rather than physical journeys. Here is my adapted recipe for dehydrating frozen Blackberries plus canned Peaches, Pears, & Pineapple using my new Cosori Dehydrator. It was inspired by watching several tutorials on Amazon plus YouTube. 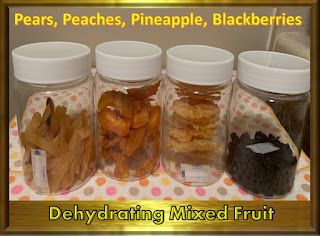 On my 2nd attempt for using this dehydrator, I used all six trays. 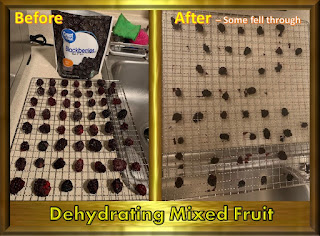 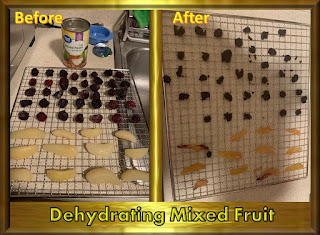 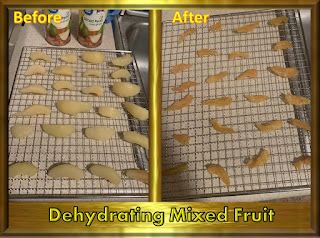 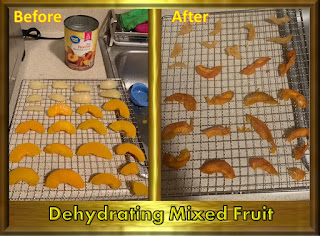 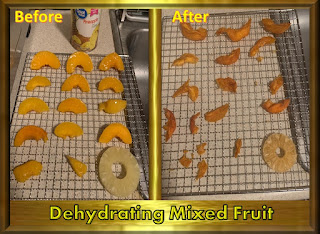 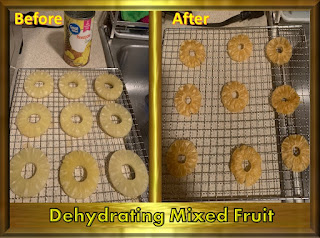 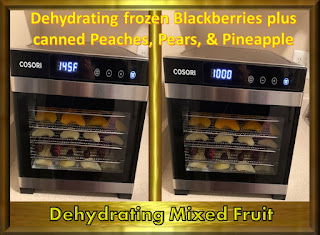 Please note: This is what the drip tray looked like at the end. Some of the blackberries had fallen through the wires. Those blobs were actually kind of tasty. They were the drippings from the defrosted frozen blackberries. I'm told you can make fruit rollups with this machine. So, this was a rather tasty accidental first attempt for that. 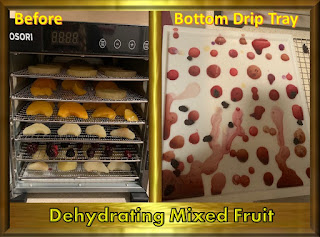 Please also note: I did not use any kind of cooking spray on the trays. I think I will try that next time around. I probably will use a cooking spray that does not have a strong taste such as coconut spray. Also, I will use one of the plastic mesh trays on future attempts at dehydrating smaller fruit such as blackberries and strawberries. That way, they will not end up falling through the wires once they have shrunk.