The Knockagh Monument in Belfast, Northern Ireland. It had the most glorious views that I had ever seen. Our taxi driver took my two best friends and I here as a special bonus.


Glorious views of the Knockagh Monument

Here is the Knockagh Monument in Belfast, Northern Ireland. 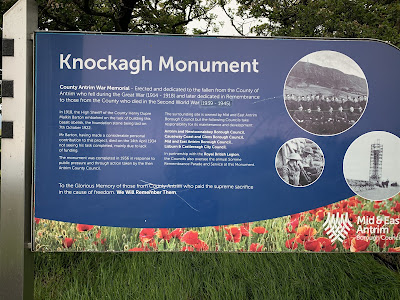 "County Antrim War Memorial - Erected and dedicated to the fallen from the County of Antrim who fell during the Great War (1914-1918) and later dedicated in Remembrance to those from the County who died in the Second World War (1939-1945).

In 1918, the High Sheriff of the County Henry Dupre Malkin Barton embarked on the task of building this basalt obelisk, the foundation stone being laid on 7th October 1922.

Mr. Barton, having made a considerable personal contribution to this project, died on the 14th April 1934 not seeing his task completed, mainly due to lack of funding.

The monument was completed in 1936 in response to public pressure and through action taken by the then Antrim County Council.

The surrounding site is owned by Mid and East Antrim Borough Council but the following Councils take responsibility for its maintenance and development:

In partnership with the Royal British Legion, the Councils also oversee the annual Somme Remembrance Parade and Service at this Monument.

To the Glorious Memory of those from the County Antrim who paid the supreme sacrifice in the cause of freedom. We Will Remember Them." 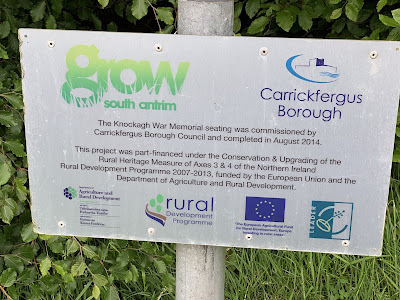 The sign states: "The Knockagh War Memorial seating was commissioned by Carrickfergus Borough Council and completed in August 2014. This project was part-financed under the Conservation & Upgrading of the Rural Heritage Measure of Axes 3 & 4 of the Northern Ireland Rural Development Programme 2007-2013, funded by the European Union and the Department of Agriculture and Rural Development." 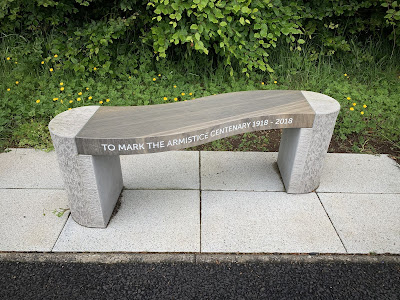 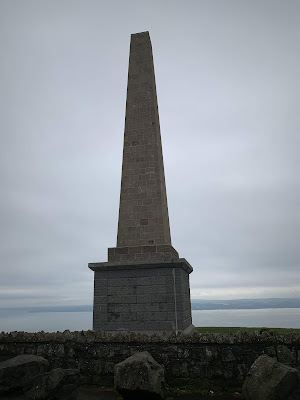 The back part of the monument with the background view 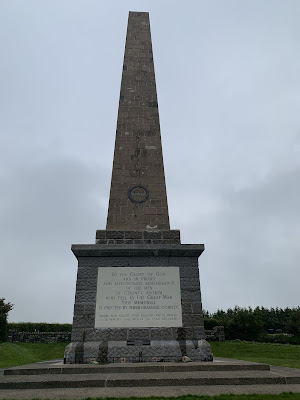 The front part of the monument 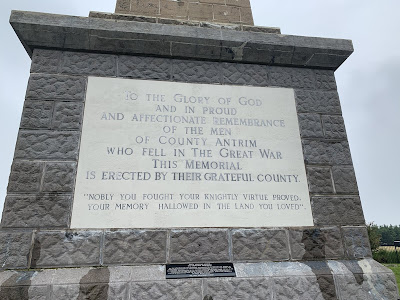 Close-up of the text on the monument:

"To the Glory of God and in Proud and Affectionate Remembrance of the Men of County Antrim who Fell in the Great War This Memorial is Erected by their Grateful County."

"Nobly you Fought, your Knightly Virtue Proved, your Memory Hallowed in the Land you Loved." 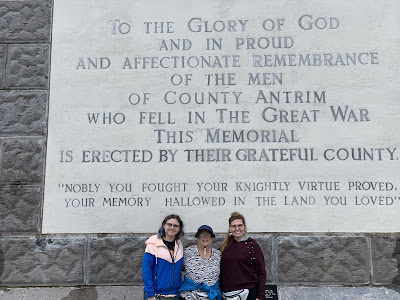 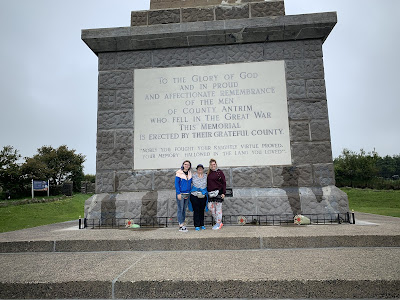 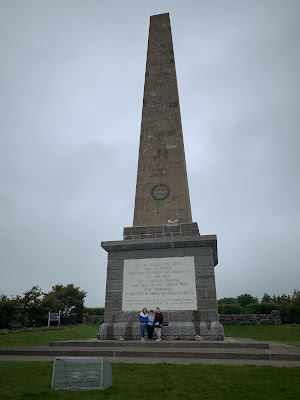 My two best friends and I standing in front of the Monument
Left: Maddy Marchant; me in the middle; Right: Carrie Marchant 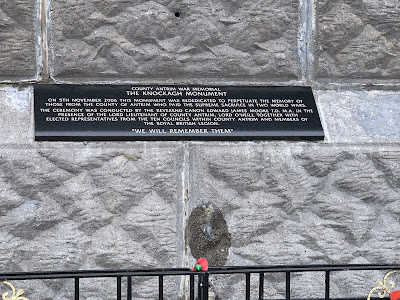 More of the wording on this memorial site:
"County Antrim War Memorial
The Knockagh Monument

On 5th November 2006, this monument was rededicated to perpetuate the memory of those from the County Antrim who paid the supreme sacrifice in two World Wars.

The ceremony was conducted by the Reverend Canon Edward James Moore T.D. M.A. in the presence of the Lord Lieutenant of County Antrim, Lord O'Neill together with elected representatives from the Ten Councils within County Antrim and members of the Royal British Legion."

"WE WILL REMEMBER THEM"

Glorious overlook views from in front of this monument: 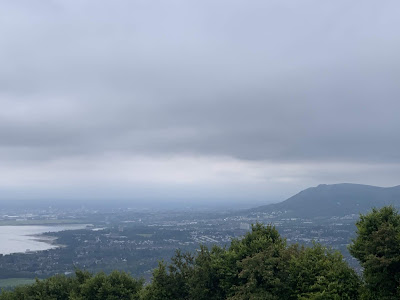 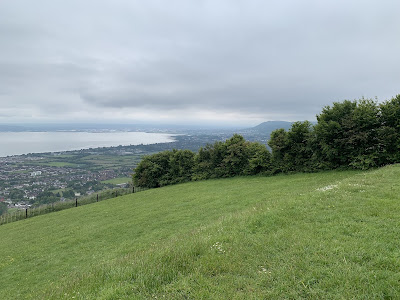 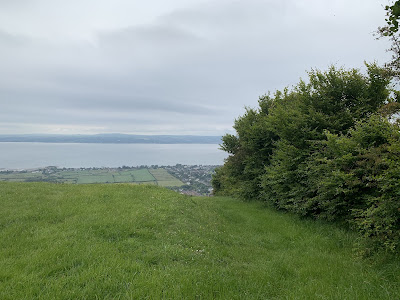 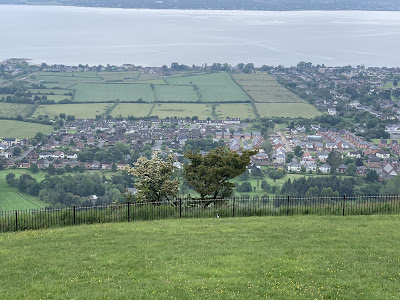 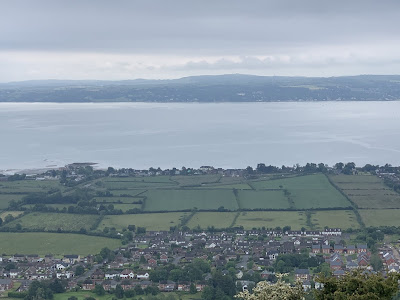 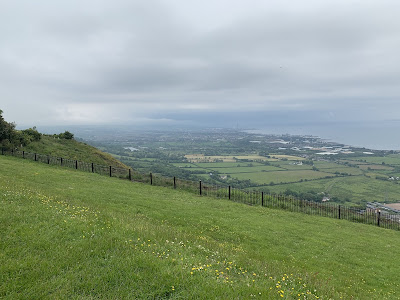 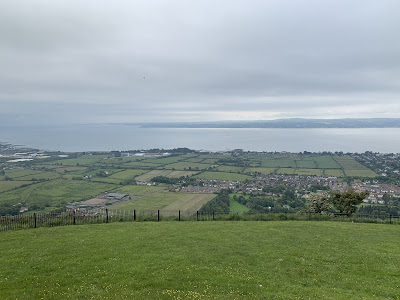 You can see Carrickfergus Castle in the background below: 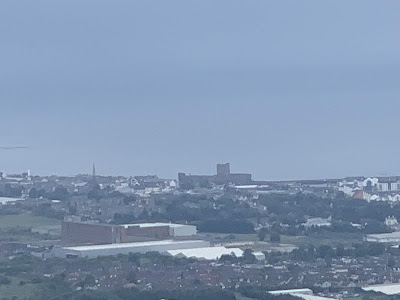 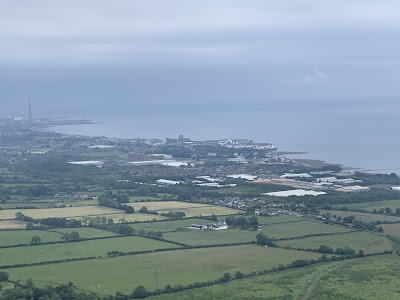 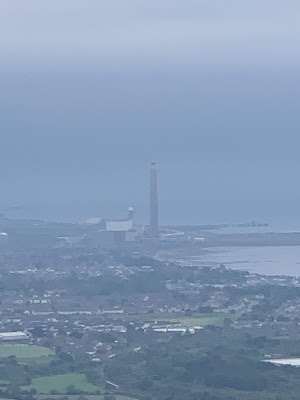 A video taken by Carrie Marchant as she narrated: 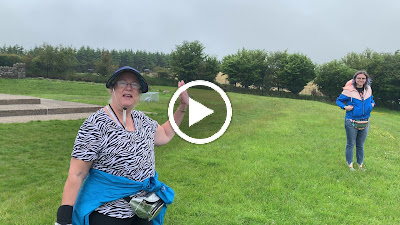 Views as we drove away of some lovely horses: 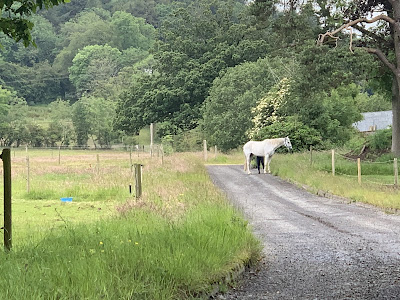 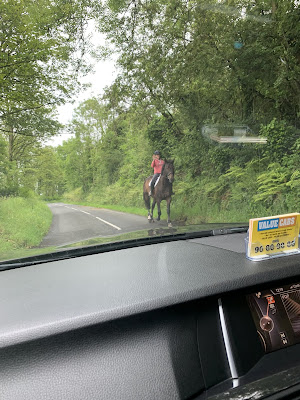 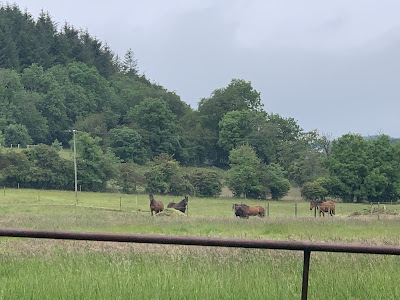