Dachau Concentration Camp Memorial Tour photos and things learned- part 1. A tragic and heartbreaking time in history of the Holocaust and all those forced to take part.

Did you know that there were not one, but 140 Dachau compounds that stretched across parts of Europe? Did you know that Auschwitz had 40 compounds? I never knew either of those facts until this tour. Here is the map that shows the various Dachau camps. 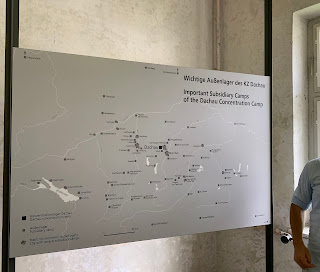 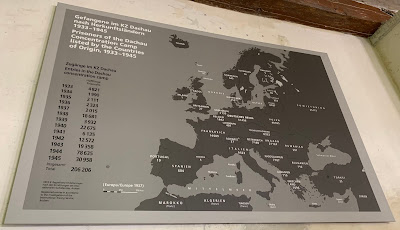 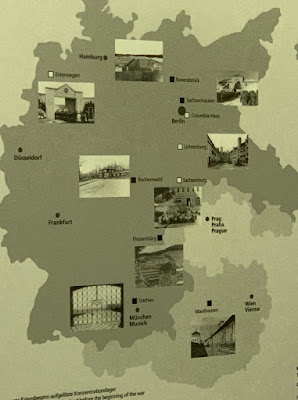 My two best friends and I took part in the four-hour Dachau Concentration Camp Memorial Tour in June of 2019. It was heartrending and so sad!

One of the things that stood out to me was that if I felt dehydrated and tired and had sore feet by the end of this sunny-day 4-hour tour, multiply that by a lot to get even a tiny glimpse of what the Holocaust victims must have felt. I had free will to step away from the tour group or find a place to sit when really needed. By contrast, how tragic it was for Holocaust victims that were stripped of free will and forced to endure the unendurable.

Here are some photos of the Dachau entrance. 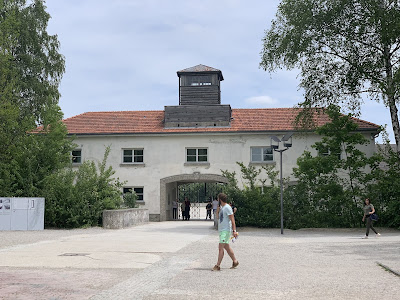 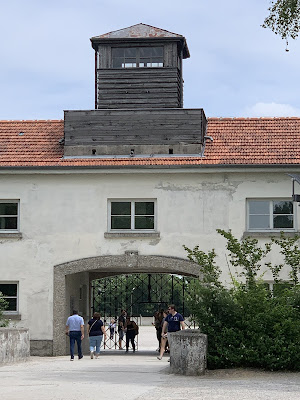 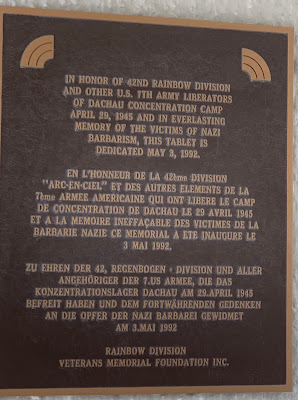 "In honor of 42nd Rainbow Division and other U.S. 7th Army Liberators of Dachau Concentration Camp - April 29, 1945 and in Everlasting Memory of the Victims of Nazi Barbarism, this tablet is dedicated May 3, 1992." 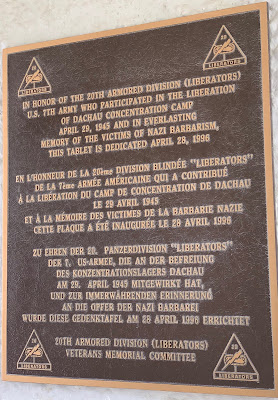 "In honor of 20th Armored Division (Liberators) U.S. 7th Army who participated in the Liberation of Dachau Concentration Camp April 29, 1945 and in Everlasting Memory of the Victims of Nazi Barbarism, this tablet is dedicated April 28, 1996." 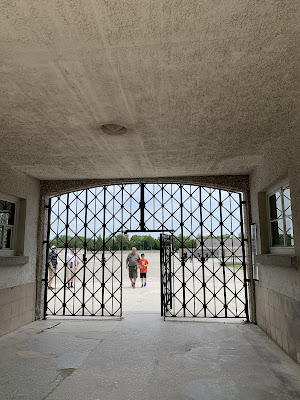 The entrance gate pictured below is a reproduction of 4 years ago, the original one was stolen. Eventually, it was found in some person's yard. It was damaged. It is now kept behind glass inside the museum. 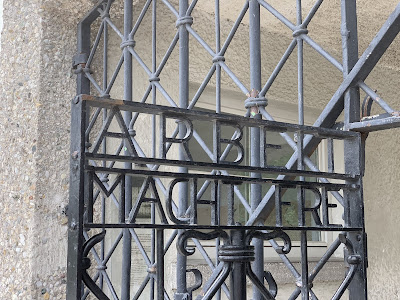 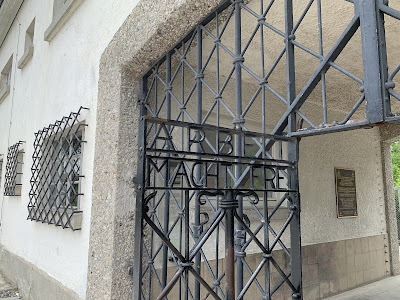 Here are some other buildings outside the walls of Dachau. The first one, as I understood it, was the original entrance to Dachau. You can see the indicators of where the original buildings stood. The next picture was the factory where many of the prisoners were forced to work. 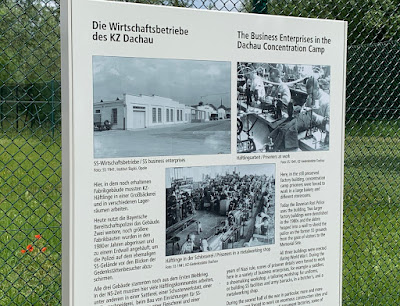 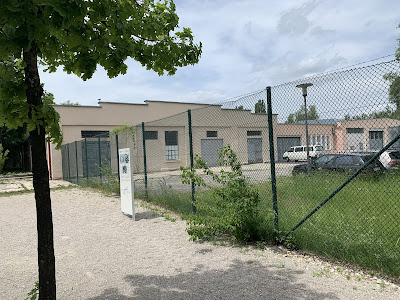 
"Here, in the still-preserved factory building, concentration camp prisoners were forced to work in a large bakery and different storerooms.
Today, the Bavarian Riot Police uses the building. Two larger factory buildings were demolished in the 1980s and the debris heaped into a wall to shield the police on the former SS grounds from the gaze of visitors to the Memorial Site.


All these buildings were erected during World War I. During the years of Nazi rule, scores of prisoner details were forced to work here in a variety of business enterprises, for example a saddlers, a shoemaking workshop, a tailoring workshop for uniforms, or building SS facilities and army barracks, in a butcher's, and a metalworking shop. ... "

This building is now used as the home of the Riot Police. The tour guide explained that he occasionally has to call on them should a tourist get disruptive or violent. Sadly, not all the tourists who visit are there to learn and be respectful. Some are there to stir up trouble.

It was originally where the main officer of Dachau lived and worked. 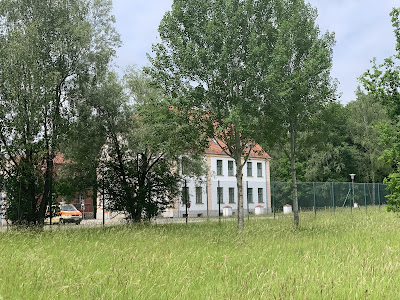 This is what the entrance looked like all those years ago.

The text in the picture above states:

"From 1935 the main guardhouse was the entrance to the Dachau concentration camp. Prisoners, who were often harassed and beaten on their foot march from Dachau railway station to the camp grounds, had to pass through the guardhouse, so too the prisoner transports using buses and trucks.


Members of the SS also used the guardhouse to enter the camp grounds, including the men assigned to the commandment office who were mainly responsible for the crimes committed to the Dachau concentration camp and for the most part lived in SS apartments in the immediate vicinity of the camp.


The foundations of the SS main guardhouse were uncovered in 2008."