Photos of Newark Castle in Port Glasgow, Scotland - Part 1 of 3

Here is the first set of photos of Newark Castle in Scotland: My two best friends and I visited this castle in June of 2019.

We had to pay 6 pounds admission but the tour bus taking us there and the guided tour was free. It was conducted by volunteers who gladly would accept donations.


This is what the outside of this castle looks like from different angles and perspectives: 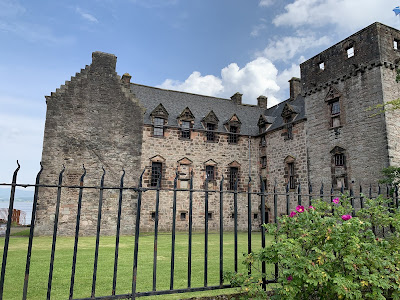 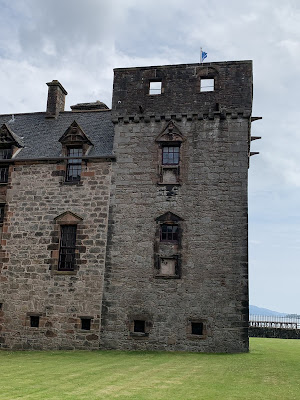 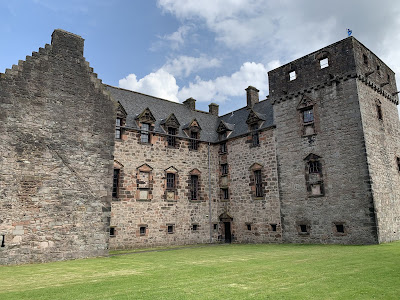 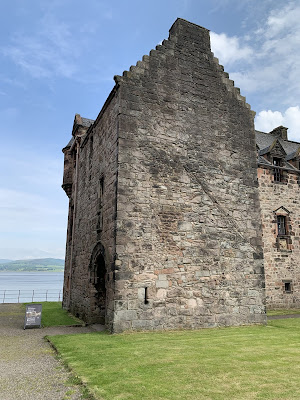 One of our two volunteer guides led us through this tunnel: 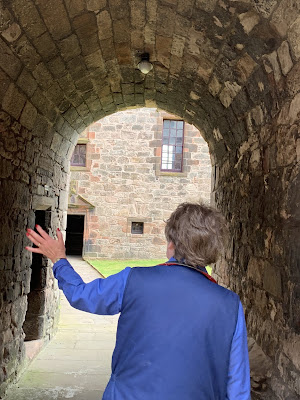 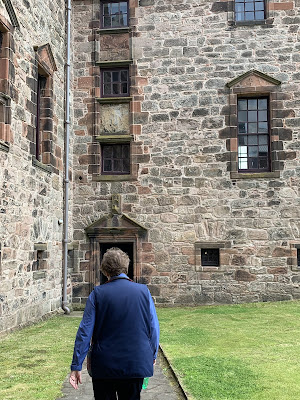 She pointed out that the outside brick sported spades such as would be found in a deck of cards. Can you see them? 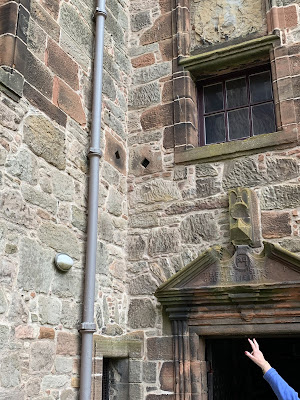 Also, notice the words inscribed above the doorway:

"THE BLESSING
GOD BE HEREIN" 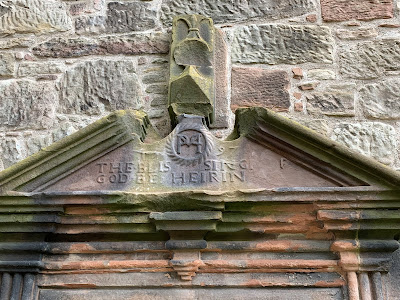 Newark Castle was built in the last quarter of the 1400s.

One of the later owners of the castle was Sir Patrick Maxwell. His wife of 44 years was Lady Margaret Crawford. The two of them had 16 children.

The tour guide told the tale that one night at dinner, Sir Patrick hauled off and beat his wife so badly, she was bedridden for six months. At some point during that time, she was only fed bread and water. When she finally recovered and was able to return to the dinner table, he stabbed her wish his sword.

Her children wanted her to leave him. She finally managed to escape. She was thinking about trying to have justice served in the court of law for his ill-treatment of her. But apparently, he died before that could be done.

This all happened in the later years of the 1500s. 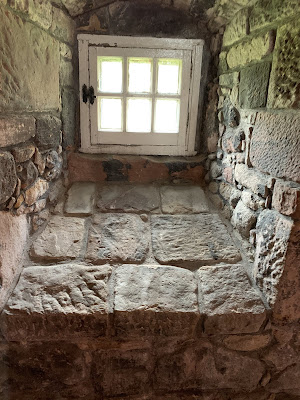 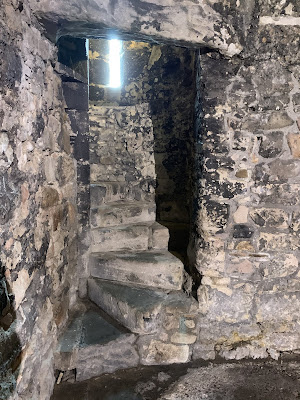 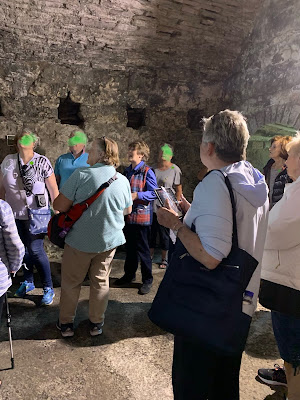 A Dovecote can be seen through the window. This free-standing structure was home to about 300 dove and pigeon nests. From these birds, they were able to get eggs, make poultry pie, and get feathers to soften their bed mattresses. 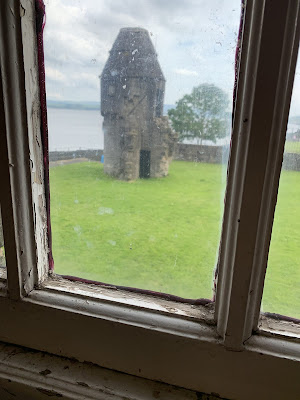 The inside of the house had lots of staircases. 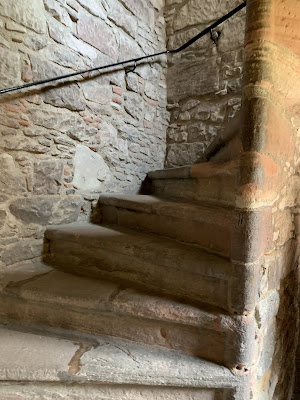 It also had lots of pretty views and overlooks. 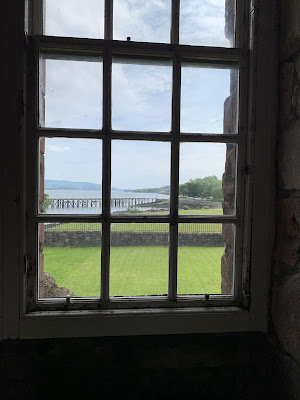 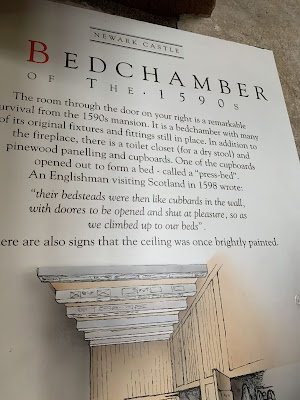 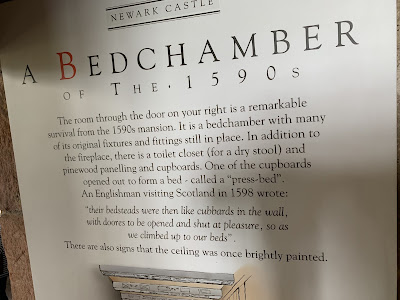 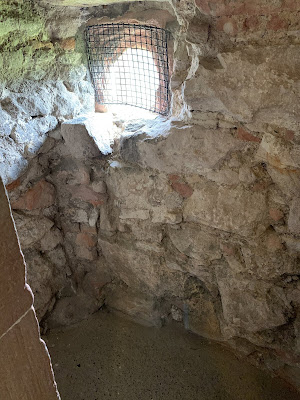 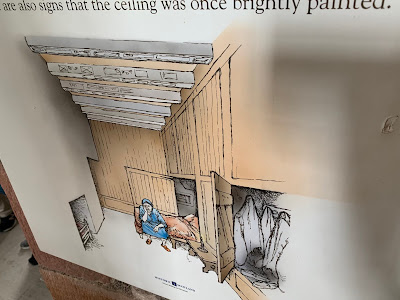 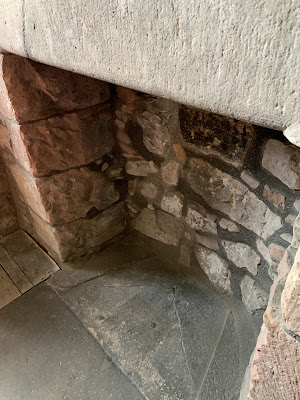 This was the dining hall where Sir Patrick beat and stabbed his wife. 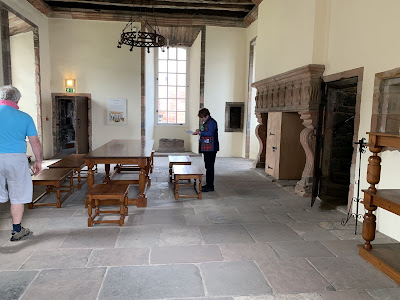 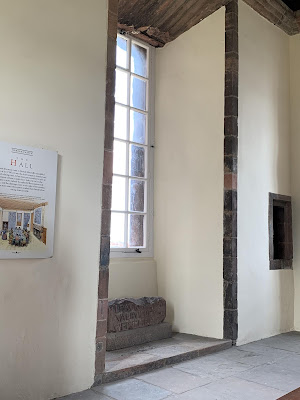 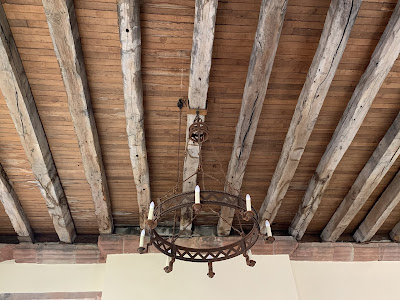 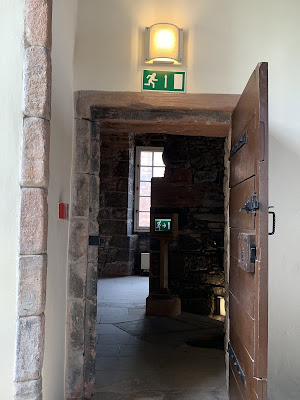 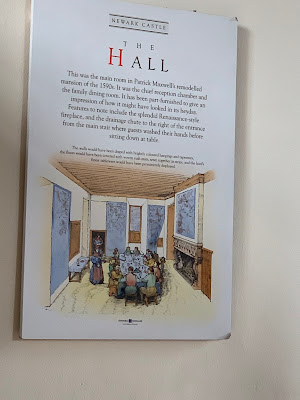 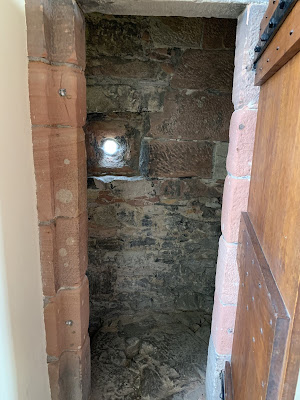 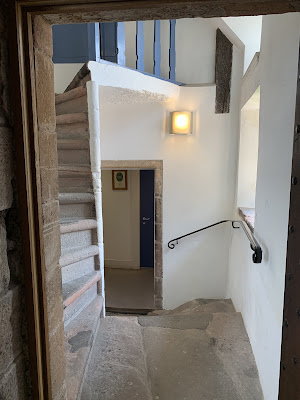 Please visit Parts 2 and 3 to see more pictures of Newark Castle. Here are the links. They will open up in a new window.