Church of the Sailors aka Church of Holyrood in Southampton England

Visited the ruins of the Church of the Sailors also known as Church of Holyrood as I toured Southampton England in June of 2019 with my two best friends.

As it states on the  placard inside the ruins of this church, it states:

"The Church of Holyrood erected on this site in 1320 was damaged by enemy action on 30 Nov 1040 * Known for centuries as the Church of the Sailors * the Ruins have been preserved by the people of Southampton as a Memorial and Garden of Rest * Dedicated to those who served in the Merchant-Navy and lost their lives at sea." 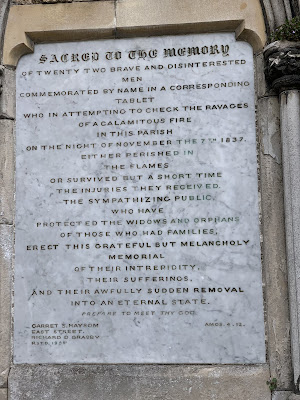 "Sacred to the Memory of twenty two brave and disinterested men commemorated by name in a corresponding tablet who in attempting to check the ravages of a calamitous fire in this Parish on the night of November the 7th 1837. Either perished in the flames or survived but a short time the injuries they received. The sympathizing public who have protected the widows and orphans of those who had families. Erect this grateful but melancholy memorial of their intrepidity, their sufferings, and their awfully sudden removal into an eternal state."

The correlating placard begins with the words: 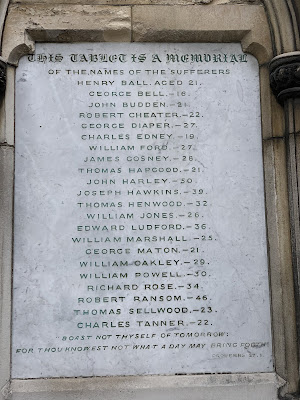 "This Tablet is a Memorial of the names of the sufferers."


Then it lists the names of 22 men who lost their lives attempting to save others.

It ends with the Bible verse:

"Boast not thyself of tomorrow: For thou knowest not what a day may bring forth." PROVERBS 27.1 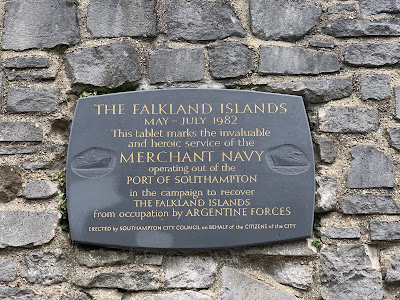 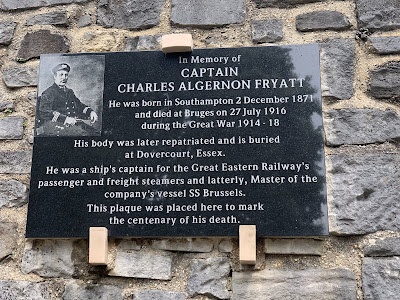 "In memory of Captain Charles Algernon Fryatt
He was born in Southampton 2 December 1871 and died at Bruges on 27 July 1916 during the Great War 1914-18. His body was later repatriated and is buried at Dovercourt, Essex. He was a ship's captain for the Great Eastern Railway's passenger and freight steamers and latterly, Master of the company's vessel SS Brussels. This plaque was placed here to mark the centenary of his death."


Here are some more pictures of the front, side, and inside this church. 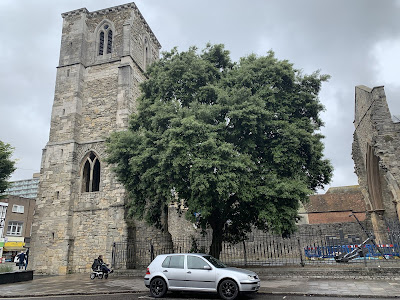 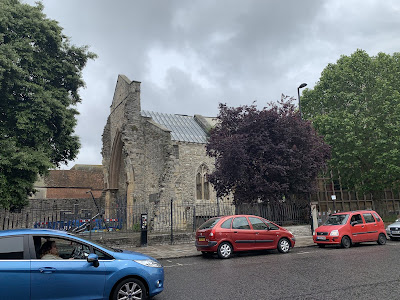 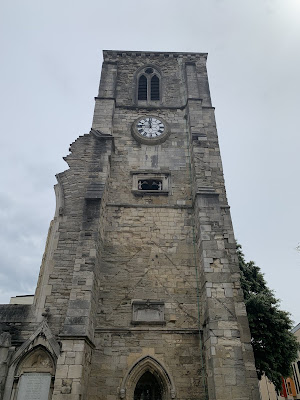 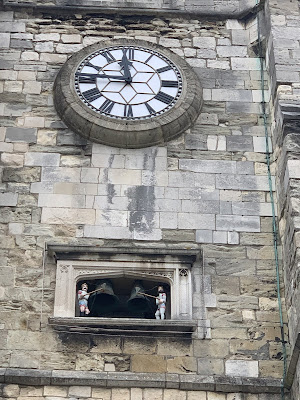 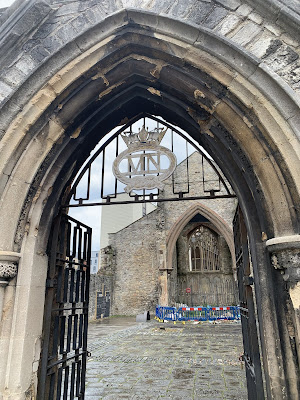 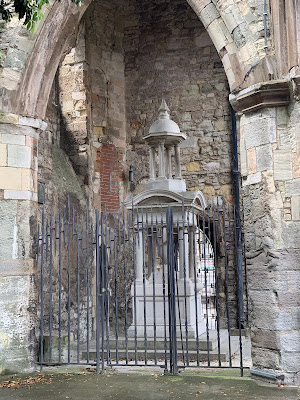 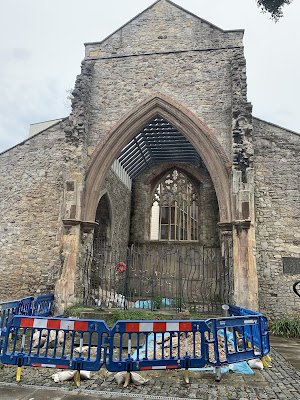 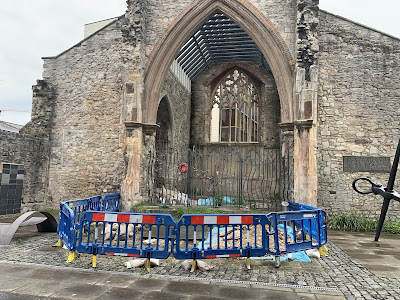 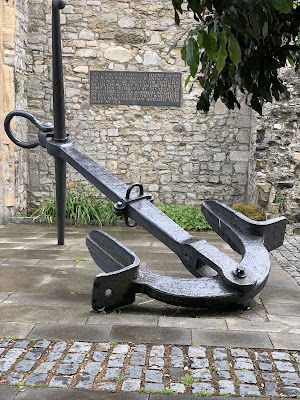