During the pandemic, I am taking taste-bud journeys as I self-isolate rather than physical journeys. Here is my adapted recipe for baking a half of loaf of bread. In my quest to not waste food, I did an extensive web search to see if any half-loaf bread pans existed. I finally found the CHEFMADE Mini Pullman Loaf Pan with Lid. Thankfully, there was one instructional video on YouTube that explained how to use this pan. So, this half loaf of bread is what resulted from my efforts.
Conclusion: I actually ended up making two loaves since I didn't give the first one enough rising time. Check out how the two loaves compare and what I learned from this effort. 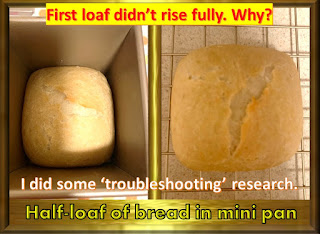 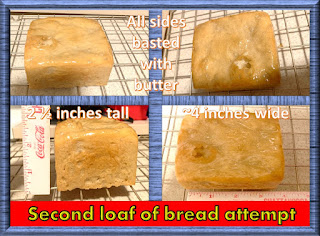 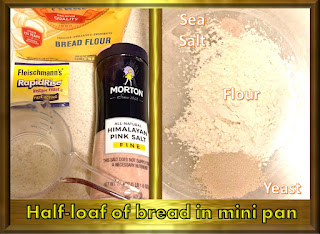 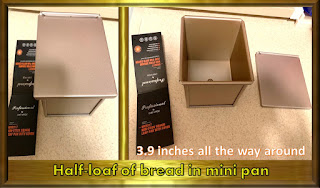 In case you're interested, here is the where I purchased this particular pan. This link will open in a new window. 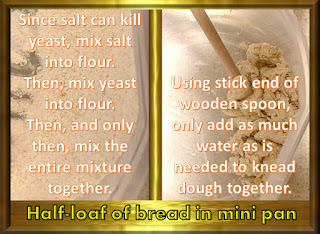 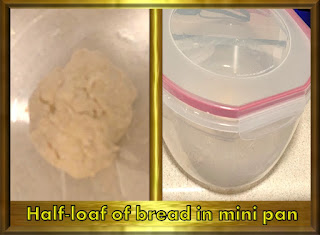 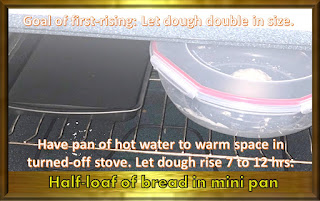 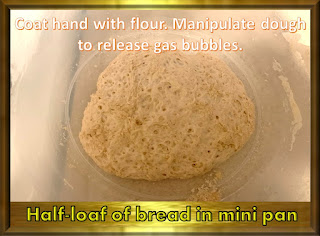 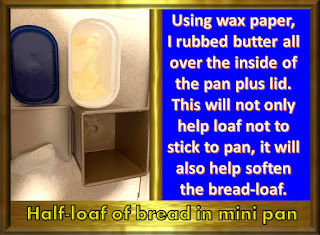 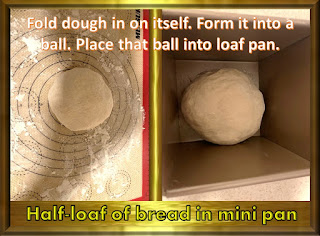 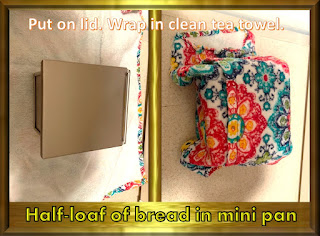 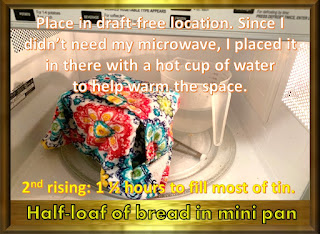 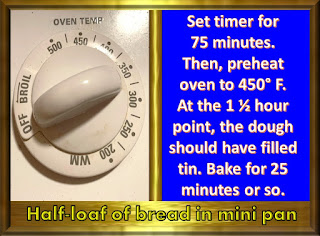 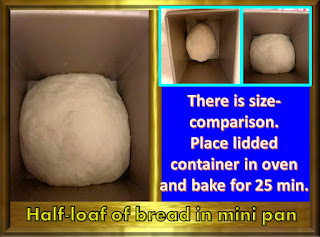 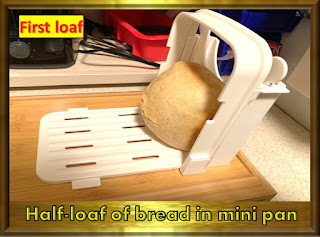 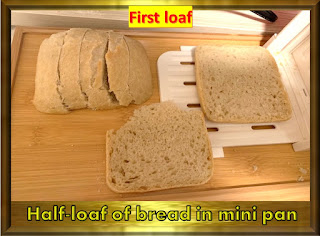 These trouble-shooting links will open in a new window.


A. First reason mentioned: Yeast might be expired. I checked. My instant yeast was not due to expire until sometime in 2022.

B. Second reason mentioned: My liquid might have been too hot. That is possible. I will only warm the water in the microwave for 32 seconds next; just in case, that was my big mistake.

C. Third reason mentioned: Kitchen is too cold. That is very possible as it is February in Decatur, Alabama. I noticed that when I pulled bowl from both oven and microwave, the container full of hot water was quite cool to the touch. So, I will try a different plan the next time.

D. Fourth reason mentioned: Not enough time to rise. Since I was using bread dough instead of self-rising flour and the space was not as toasty warm as might be necessary, I probably should have allowed a much longer rising time than the video-chef indicated.

E. Fifth reason mentioned: Not the right size pan. That one does not appear to apply. So, I Googled a bit more to see if I could detect any other helpful clues.

F. Their fifth suggestion seemed to apply. The article states: 'Use the proper container. The pan, banneton, or tray you use will make a difference. Too large, and the dough has nothing to push against when rising, so won't rise upwards. Instead, it will spread and possibly collapse.'

G. As you can see from my photos, my dough did indeed seem to expand sideways rather than upward. Therefore, since I am only making a half of a loaf of bread, I will use a much smaller bowl for the first rising.

H. Kelly suggested that you could run your dryer for a couple of minutes and then place your bread-proofing bowl in there as this space should remain dry and warm for the entire rising time.

I. I dried an already-dry beach towel in there for exactly two minutes. Then, I placed my much smaller bread-rising bowl that was covered with a greased plastic wrap in there to rise. I set my timer for 6 hours; however, I eagerly checked it at five hours to see what kind of progress it was making and if I needed to rewarm the dryer. 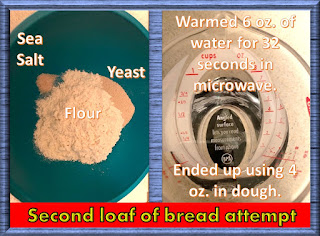 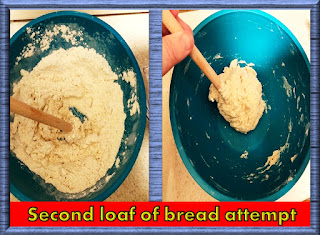 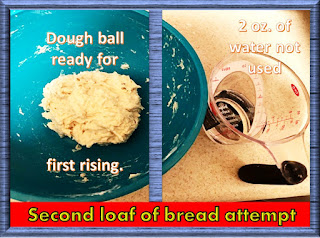 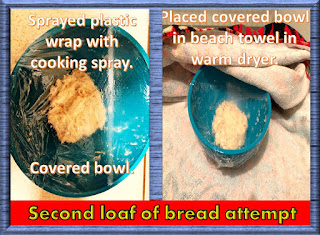 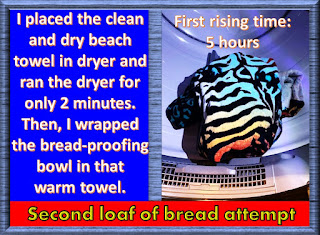 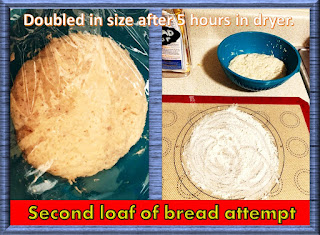 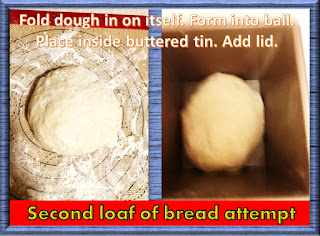 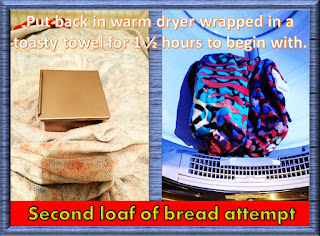 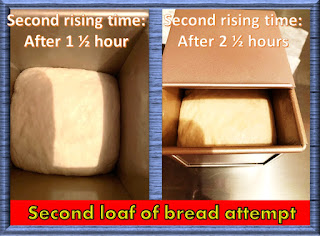 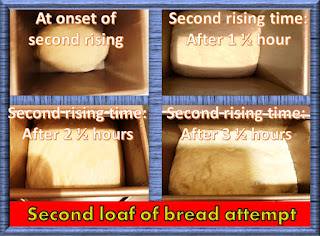 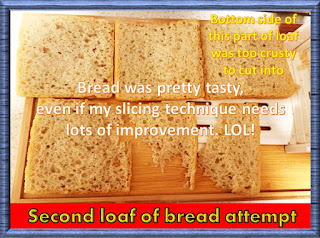 In case you're interested, the bowl was purchased at Walmart from their pick-up grocery section. Obviously, the bowl will only be helpful if you are planning to make a full loaf or two of bread rather than a half-loaf. Nevertheless, it is a pretty cool bowl that you might find to be a helpful 'kitchen toy.'

Recipe Source plus Instructional video by 'TheGrowGeek' that I followed almost exactly. This video will open in a new window.