During the pandemic, I am taking taste-bud journeys as I self-isolate rather than physical journeys. Here is my adapted recipe for making homemade ice cream using my DASH Ice Cream Maker. I was inspired to make this when I knew I was going to be making apple pie and wanted to have ice cream to go with it.
There was a definite learning curve using this churn for the first time. Read my blog to discover what I learned. 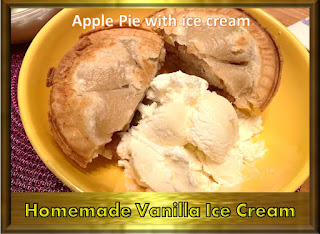 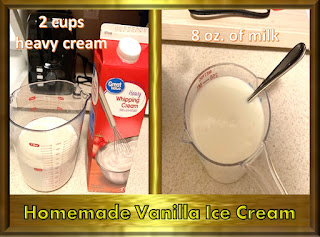 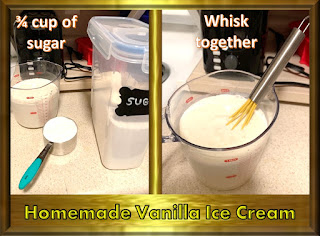 Please note: In retrospect, if I had known that the DASH Ice Cream Maker only makes 1 cup at a time, with the codicil that one should wait 24 hours before attempting to make the second batch, I would have only made a half or quarter recipe.

Please also note: It is important to leave the ice cream maker in the freezer long enough that the dry ice mixture loaded in the inner workings of the container has time enough to freeze solid. For the first two batches I made, I did not give it a chance to freeze long enough. Thankfully, once I placed my cream mixture in a plastic, freezer-safe pint storage container, the mixture froze into ice cream on its own. 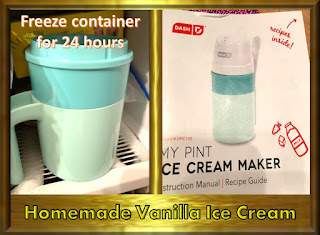 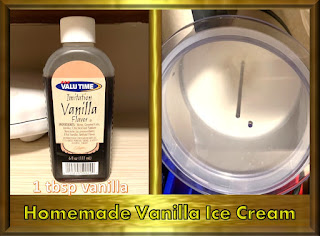 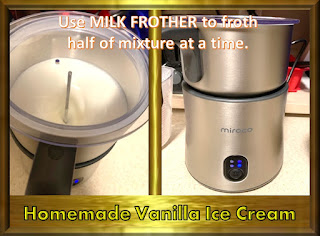 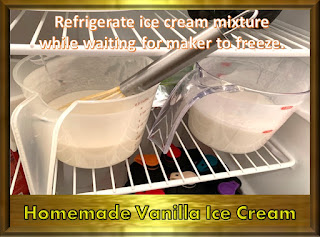 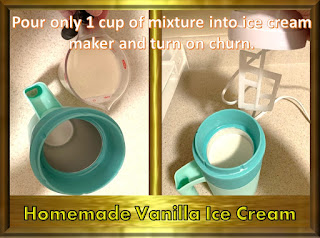 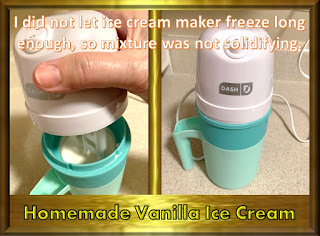 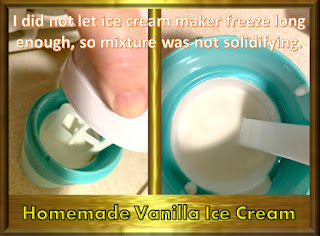 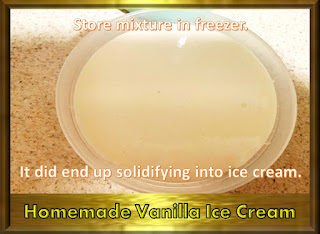 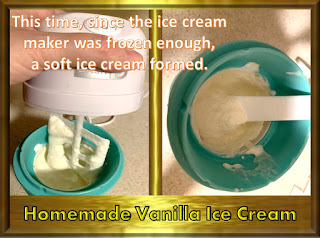 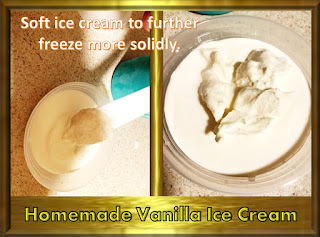 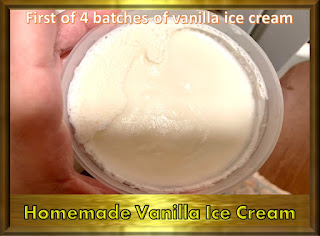 Please note: On that third batch, I had to use a spoon to scrape the edges of the inner chamber to dig out some ice cream that had stuck to the wall. What a hardship that was to lick the spoon those few times. LOL! FYI - It was so, so, so tasty! I think this was the first ice cream I have had in about four months. My taste buds ended up doing a 'happy dance' with the yummy flavor of those four ingredients mixed together in just the right way. 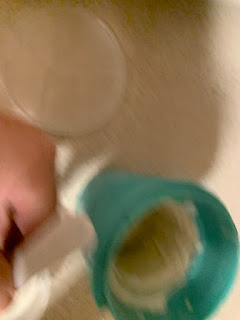 Photo is blurred, but you can at least see that some ice cream was sticking to the maker's walls that had to be spooned up and eaten. What a hardship that was. LOL!

Please also note: For the fourth and last batch, I decided to try an experiment. I placed it in a glass Mason Jar. I added the lid. Then, I spent quite a bit of time shaking the mixture. I refrigerated the jar for a couple of hours. Then, I shook the container some more. I had to use oven mitts as the jar was so very cold. I even put the container in the freezer for no more than an hour. After reading some articles about Mason Jars exploding in the freezer, I chickened out from continuing that experiment and put the jar back into the refrigerator. Eventually, I put that mixture into a plastic container to continue freezing on its own. 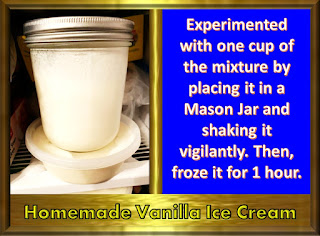 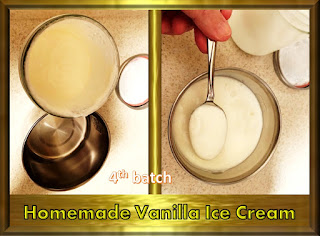 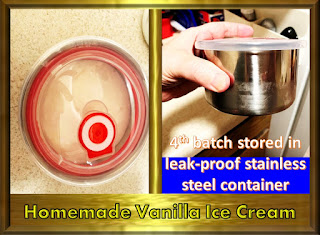 Here are two of my blogs that feature the apple pie crust and filling from the photo. Both links will open in a new window.


In case you're interested, these are the links to the 'kitchen toys' I used to make ice cream. These links will open in a new window.