During the pandemic, I am taking taste-bud journeys as I self-isolate rather than physical journeys. Here is my adapted recipe for making a no-fail pie crust for Apple Mini Pies . It was inspired by watching a wonderful tutorial video by Mrs. Winter that I have included near the end of this blog. She was making a top and bottom crust for a full-sized apple pie; whereas, my crust is for a mini pie I made using my Wolfman Puck Pie Maker. For your convenience, I included both her recipe plus my halved-recipe below.
Conclusion: To my taste buds, the crust was flaky and quite tasty. I would definitely make this pie crust again, not only for sweet desserts but for savory meals, as well. The other perk was that it was quite easy to make and manipulate from rolling pin area to pie mold. Not only that, it did not make much of a mess as you don't have to flour your hands or workspace to work with the dough. That makes it a super-win, to my way of thinking.
Please note: Even though I ended up using my mini pie maker, I left in the instructions for how to make a full-size pie crust for your convenience plus so I can refer to this for future cooking ventures in pie-making. 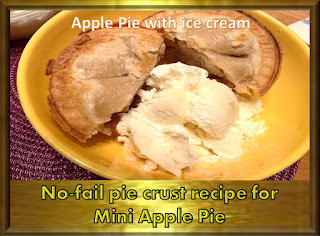 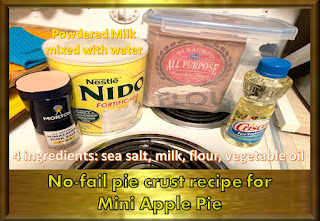 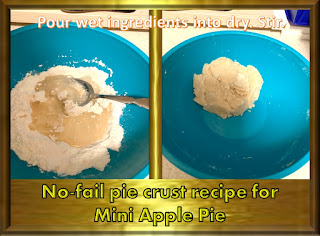 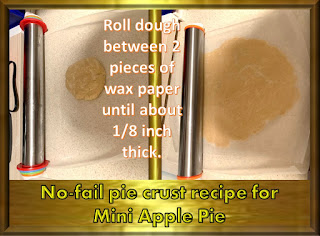 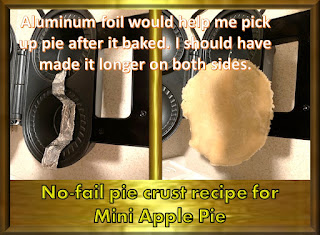 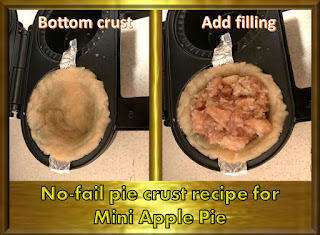 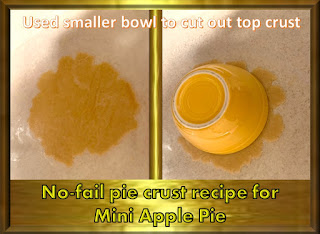 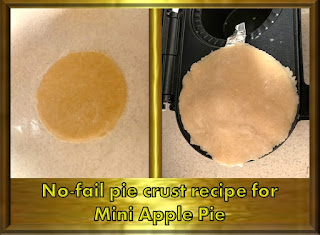 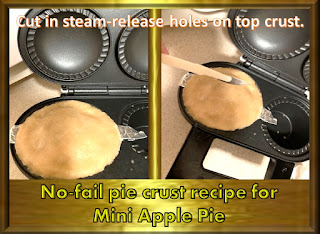 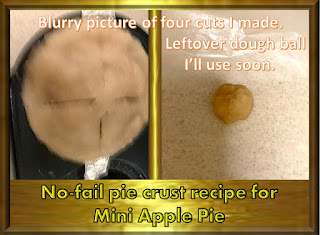 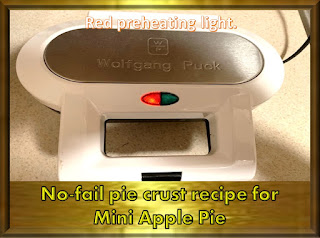 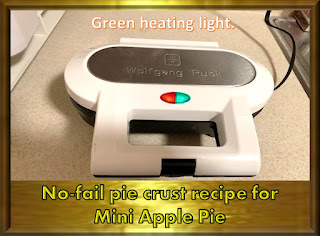 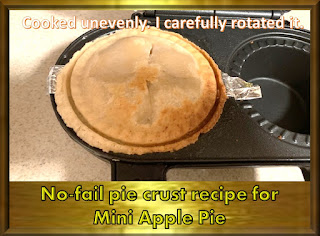 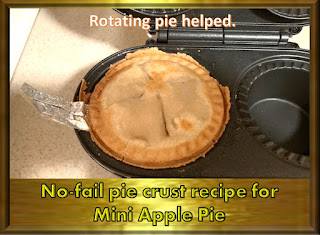 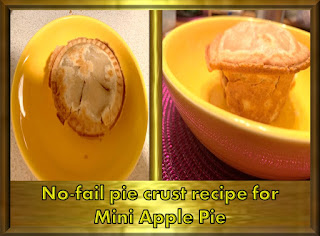 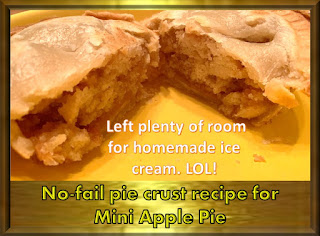 Please note that I did not do steps 9 or 10 since I was using my mini pie maker. I left those directions in for those of you making a full-size pie crust.

Here are two of my blogs that feature the apple pie filling plus the homemade ice cream seen in the photo. Both links will open in a new window.

FYI - I won't bother to include a link to the Wolfgang Puck Pie Maker that I used to bake my mini apple pie as it appears that they are no longer available for purchase. I think I bought mine in late 2017 but never ended up using it until just now. I actually forgot I even owned it.

Amazon lists it as 'out of stock.' I saw several used models sold on eBay. I don't know about you but I would have little confidence in buying a used product that involves food preparation. But that's just my opinion.

It worked well enough that I would definitely use it again; however, I can't say that I would HIGHLY recommend it. Instead, if they still sold it, I would say that you might find it useful or fun to use. I will grant that it definitely was a time-saver as the pie only took twelve minutes to bake.

Recipe Source for Pie Crust by Mrs. Winter. This link will open in a new window.