During the pandemic, I am taking taste-bud journeys as I self-isolate rather than physical journeys. Here is my adapted recipe for making a Cinnamon Walnut Mini Bundt Cake. It was inspired by seeing a mug cake recipe by Beth from Budget Bytes; however, per usual, I adjusted the recipe to suit my particular taste-bud preferences. Additionally, she made her recipe using a mug and a microwave. I cooked my cake in my tiny DASH Bundt Cake Maker to give this its first trial-run.
Truth be told, I got a case of the 'munchies' at 2:00 in the morning. I did a quick web search for intriguing recipes. Then, about 20 minutes later, I had a small cake all ready to eat and enjoy. What fun!
Conclusion: It tasted like a moist cake-type donut. It lacked a cinnamon taste. I only added 1 teaspoon of ground cinnamon. I think I should have added an entire tablespoon. So, I have adjusted the recipe below.
I ate half the Bundt cake, but ended up adding cinnamon sugar to it to compensate for the lack of cinnamon flavor in it.
When I got hungry enough to eat the second half of this cake, I mostly followed Martha Stewart's recipe for making a brown sugar glaze to put on top of the cake. I don't think I made it just right as the texture was rather strange and the aftertaste was not great. I would not make this glaze again; however, I definitely would make the cake again, only with additional cinnamon.
(Both of those recipes are linked near the end of my blog.) 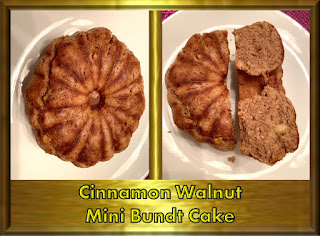 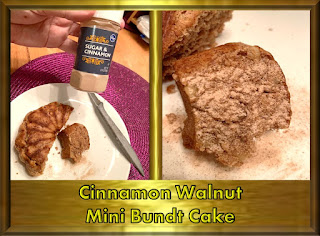 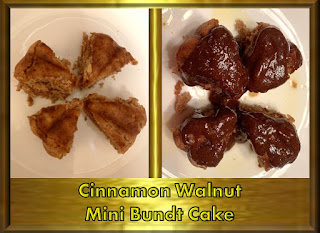 Recipe for the Bundt Cake

My adjusted topping recipe since I only have half of a Bundt cake to cover.

Procedure for making the Bundt cake 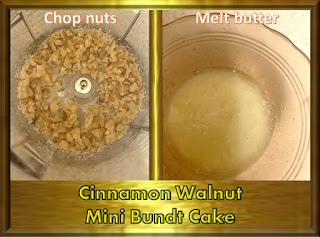 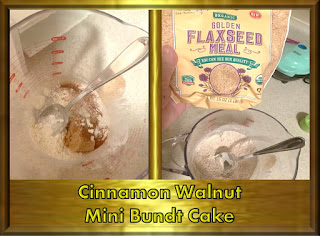 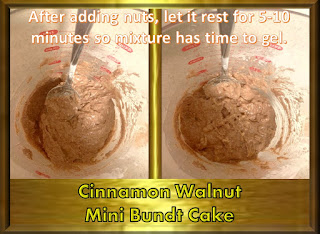 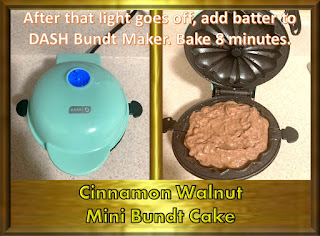 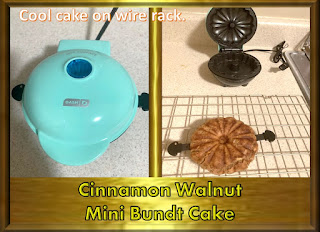 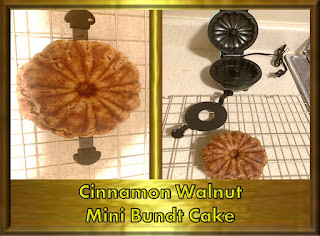 Procedure for making the topping


In case you are interested, the link to the Target Bundt Maker will open in a new window.


The two recipe source links, that inspired me, will both open in a new window.