During the pandemic, I am taking taste-bud journeys as I self-isolate rather than physical journeys. Here is my adapted recipe for Tuna & Veggie Pasta with Cauliflower Hummus. It was inspired by the desire to have some kind of pasta dish that features hummus. That way, I could have a unique and flavorful way to use up some of the Cauliflower Hummus I had made the previous day. Googling for suggestions, I found a recipe for Hummus Pasta from Alena Menko's website. As per usual, I made a few changes for what I ultimately made.
Conclusions: I found this to be surprisingly good. As I ate what I made, I was quite grateful that I had another full serving that I would be able to eat the following day. This is a recipe that I will definitely make again, in the future. 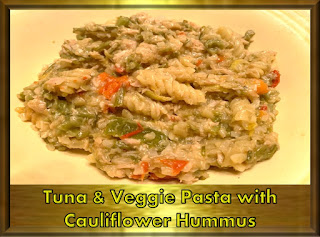 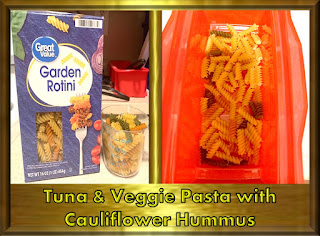 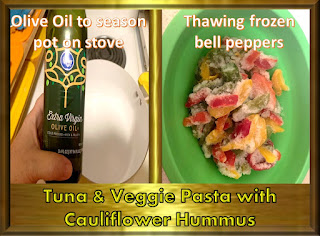 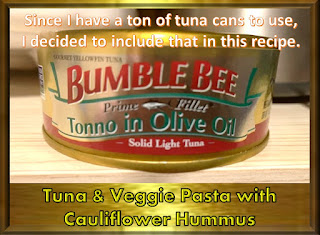 Please note: See this blog for the recipe I used to make Cauliflower Hummus.


Please also note: I intended to use the rehydrated green beans and yellow squash that was originally dehydrated while covered with whole wheat flour, lots of onion flakes, and sea salt. So, since those two veggies already had onion and salt 'galore' in them, I did not intend to add any additional seasonings to the above recipe. I also used the liquid that I drained from the rehydrating green beans and yellow squash as the water that I used to microwave the pasta - using my 'kitchen toy' called FASTA PASTA. Once I drained the cooked pasta, I also ended up using about 1/2 cup of that 'pasta water' to stir in to the cooking pot to add a little extra flavor and creaminess to the recipe. For full details of the rehydration process, please read the blog from the previous day.

Please note: See this blog for the details of how to rehydrate something that has been dehydrated. 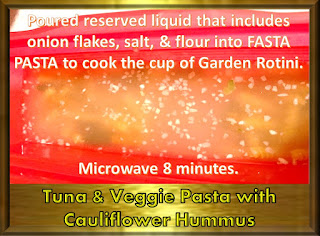 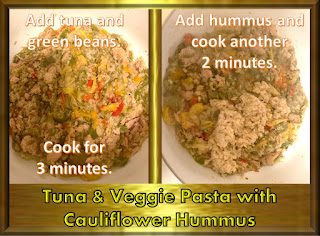 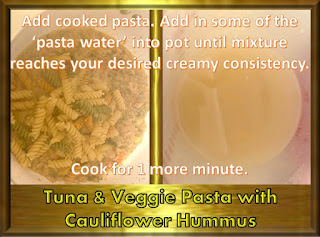 In case you're interested, this is the pasta maker I purchased from Amazon. It is not a time-saver as it still takes just as long to heat in the microwave as it does on the stove. The only labor-saver is that you don't have to use a separate collander to drain your paste. Instead, the lid has a drainer on one end of it that you utilize instead. So at least, there is one less dish to wash. This link will open in a new window.

Microwave Pasta Cooker - The Original Fasta Pasta (Red) - No Mess, Sticking or Waiting for Boil - Container, Lid & Strainer All In One

Recipe Source: This is the recipe I used as my reference for making the above meal. Her recipe called for lemon juice and garlic. Since there were already those two ingredients in the hummus, I did not bother to add either one to what I was cooking. Her recipe also called for spinach. I decided to use green beans, instead. This link will open in a new window.