During the pandemic, I am taking taste-bud journeys as I self-isolate rather than physical journeys. Here is my adapted recipe for making homemade cream cheese using just 3 ingredients. It was inspired by watching Gemma's Bigger Bolder Baking instructional video featured near the end of this blog.
Conclusion: According to Gemma, you can make this with either white vinegar or lemon juice. I made mine using the former ingredient. Then, I tried the cream cheese on a piece of toasted homemade wheat bread. I must say that the cream cheese did not do the bread justice. It was on the dry side.
To compensate, I added jam to the remainder of half of the piece of toast. That was pretty good. Then, I added Hazelnut Spread to the other half. That was quite good. But all in all, I decided that the vinegar version of this cream cheese is not something I want to eat on its own. Therefore, I will use the remainder of this cream cheese in recipes instead.
I will attempt to make this again with lemon juice so that I have a basis for comparing the two. That will be the subject of a future blog. 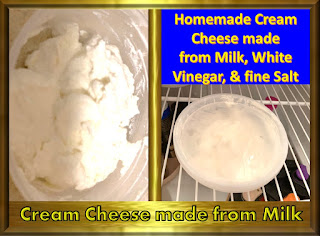 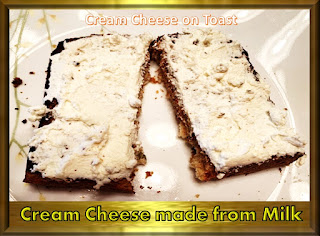 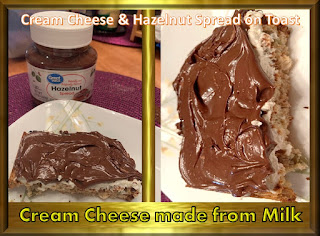 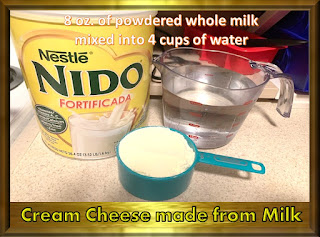 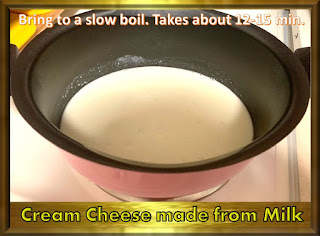 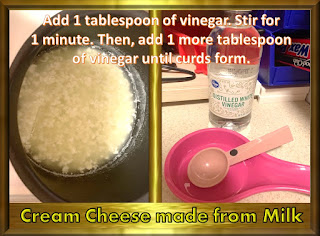 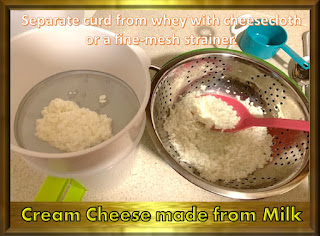 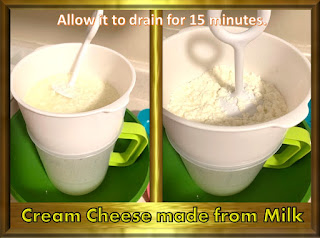 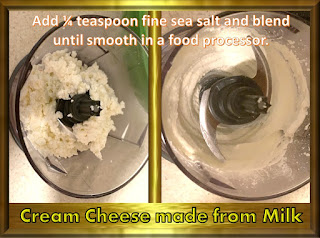 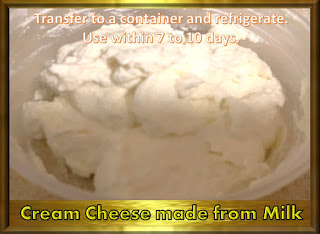 In case you're interested, my blog post for the homemade wheat bread recipe plus the two 'kitchen toys' used to make cream cheese will each open in a new window.

RECIPE SOURCE: Gemma from Bigger Bolder Baking. Her tutorial video below will open in a new window.